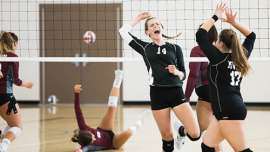 What Is Hypnosis for Sport & Athletic Performance and how does it work? Mick G not his real name was a professional cricketer in the Australian Cricket Team for a number of years. He came to see me as he was playing in a couple of display matches. He was out of the Australian Cricket Team at this stage. He had lost confidence in his bowling skills and was worried about his age and physicality. He was also seeing it as a chore. Mick saw me for 3 sessions – one online and two face to face. We focused on rebuilding his confidence and skills via suggestions to his subconscious mind. By getting him to visualise in the hypnosis session – his memory of playing at his peak. He added his feelings he felt at the time in the hypnosis and then we anchored the feeling physically. He was very pleased with how he played in the remainder of the display matches. In the hypnosis Mick visualised himself as a boy playing cricket and bought up all the reasons why he wanted to play cricket. For the love of it. For the sheer fun of it. He was then able to take that embedded new mental mindset into his display matches. To enjoy himself in his last public performance and to play his best.

Another way that hypnosis can help competitive athletes is in dealing with pain and injuries. Learning to dissociate from the pain can help them better cope with it and perform in spite of it. Relaxation methods can also be particularly helpful when it comes to managing pain which is a part of most sports. Hypnosis can also help athletes recover more quickly from a sports injury. By accelerating the recovery time the athlete can return to practice and competition more quickly. This can be very important for athletes competing at the highest levels.

Judy P went to pieces every time she competed against other teams in lawn bowling.

“Hi Cathy all went well within my comfort zone in as far as I was relaxed and focused for the semi and final. I will continue to listen to the CDs and other recordings you gave me. I have other events coming up. You have awakened in me so much more.  Thank you so much “ 2016

2016 Terry, not his real name came to see me because he had no confidence when he was playing golf in a competition or with friends. When he was practicing he was fine and was frustrated that he was so worried when he played on the golf course. Over 2 sessions of hypnosis and a recording that I gave him to listen, to Terry’s confidence returned and he reported that he now was feeling very relaxed about his golf. He was enjoying the game once again.

2016 Jill, not her real name  was terrified at the prospect of competing overseas in front of hundreds of people. Over  4 sessions of hypnosis, I taught Jill how to relax and enjoy and look forward to competing. So much so that via a certain technique it brings a smile to her face every time she thinks of it. So often athletes performing at an elite level forget how to enjoy themselves – the fun has gone out of it. But not for Jill.

Postscript Jill came 13th in the world and was pretty happy with that. Most of all she was thrilled that she was not nervous at all throughout the competition and enjoyed herself. So much so that she wants to go back in 2017. Her goal to be in the top 3 she is 55 years old!. Jill did exactly what she was supposed to in and out of the sessions. So she achieved her goal of managing her extreme anxiety with her performance in the United States. Through hypnosis, we can reclaim that fun enjoyable feeling. And yet sharpen the ambition and goal to win the competition. I also gave Jill a recording to listen to for 30 days and more to reinforce the helpful suggestions into the subconscious mind.

What will give you the edge?

Tiger Woods is an excellent example of an incredible athlete who has used hypnosis to achieve a phenomenal level of success in golf. He has reportedly been utilizing powerful self-hypnosis techniques since his early teens. Not only has he used it to visualize every swing and stroke in his mind before carefully executing it on the course, but he also uses it to “get in the zone”. Self-hypnosis methods have helped him, like many successful athletes, quiet his mind, release any anxiety, and become 100% focused as he plays the game. Such laser focus can be especially important in a game like golf where onlookers and other things can be very distracting. Tiger Woods has clearly shown how powerful hypnosis can be to conquer his mind and achieve extremely high levels of success. The passion for the game. Which was what he was able to use in his display matches. And more importantly have fun.

The Concept of Mental Rehearsal or Visualisation

Certain hypnotic principles make hypnosis particularly suited to sports improvement. First of all, there is the concept of mental rehearsal or Visualisation. Any form of mental Visualisation is hypnotic since it involves using the imagination to rehearse the future. This is something that we all do all of the time quite naturally, from imagining what we’re going to have for lunch to planning what we’re going to say at a forthcoming job interview. Hypnosis provides a structure for this natural capacity, and sports hypnosis directs it towards improvements in a player’s game. 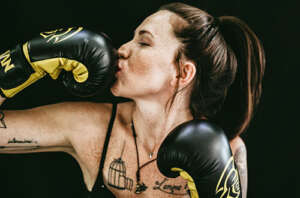 A tennis player, for example, might use sports hypnosis to vividly imagine returning their opponent’s serve. A golfer might hypnotically experience the perfect swing. Soccer players might use sports hypnosis to mentally rehearse taking penalties, or saving penalties if they’re the goalkeeper. In all cases, mental rehearsal works in the same way. The mind cannot tell the difference between real and imagined events. The same neural pathways, muscles reactions and body chemistry are activated whether you imagine returning an opponent’s serve, or you actually do so on the tennis court. Hypnotic mental rehearsal, then, is a way of getting in extra practice, with the added advantage that you can consistently rehearse success in your own imagination, which is not necessarily the case in real-life practice.

The second sports hypnosis principle, which follows on from mental rehearsal, is creating a positive expectation. The expectation is a powerful force in human motivation and behavior. We’re all seeking to fulfil our expectations, good and bad, all of the time. For example, if you go into a meeting expecting it to be boring, it’s highly likely to be tedious beyond belief. If you go into the same meeting expecting to hear information that will be useful to you, you’ll probably find it more interesting. The expectation is like a picture frame that we’re constantly trying to fill with the right picture.

This has a significant physical effect, too. If you’ve ever been getting ready for a night out, only for it to be cancelled at the last minute, you’ll know just how physically uncomfortable and irritating it can feel. Expectation releases dopamine, the motivating hormone, and fulfilling that expectation releases serotonin, the satisfaction hormone. In sports terms, dopamine gets you running from midfield towards a goal, and serotonin is the feeling

The third sports hypnosis principle addresses the downside of the first two. It is, of course, quite possible to mentally rehearse failure and to build negative expectations! This might come about as the result of a bad experience, or it might be something that’s become established over time. This can become a vicious circle. Players perform badly because they expect to perform badly, which just reinforces their expectation of bad performance. Hypnosis is an effective way of breaking this vicious circle because it deals directly with the part of the mind that keeps the unhelpful habit in place.

The Principle of the Mind-Body Connection

Sports hypnosis works on the principle of the mind-body connection. Although Western science and thought has tended to treat the mind and body as two separate entities, advances in neuroscience and neuro psychology have shown that the two are inextricably linked. Mind and body are in constant communication, with a flow of neurotransmitters from the brain to the cells of the body and back again. The mind tells the body how to behave, but the body can tell the mind how to think and feel too.

This has profound implications for sports performance, of course, as hypnosis can be used to encourage the right sort of messages to be transmitted from the mind to the body – a more relaxed stance when taking a golf swing, for example, or an extra degree of determination that helps you overcome physical resistance in an athletics event.

The main theme of these sports hypnosis principles is that they all work with the unconscious mind. This is why hypnosis is so well suited to the sport, which is all about unconscious, instinctive reactions. Indeed, it could be argued that sport itself is a hypnotic activity, since it fixes the players’ attention and lets the unconscious mind take control – at least when it’s being played well. By improving the quality of unconscious responses, hypnosis provides sports players with an invaluable “secret weapon”, that can dramatically improve performance,