What are you really afraid of?

Fight-or-flight only occurs when we’re afraid. In many ways, fear of public speaking or having to perform on stage is like a massive allergic response, where the body mistakes a food like peanuts for a threat to its survival, and reacts accordingly by swelling to protect the area. Unfortunately, that swelling can cut off your oxygen, and cause life-threatening symptoms. With allergic responses, we usually know what the culprit is. With stage fright, things get a bit more complicated. So the first step in stage fright is figuring out what’s provoking such terror. No one answer works for everyone. Some people have a tape running in their heads from their childhood when someone they trusted kept throwing negative self-imagery at them. (“You’ll never be any good at this” or “Nobody like you can be a performer – you’re not pretty/smart/talented enough” or “If you try doing that, the whole audience is just going to laugh at you.”)  Since the unconscious doesn’t know the difference between the truth and a lie, those phrases go in with all the force of a lightning strike, and they stay there until you take steps to undo or override them.

Cathy is also a classical singer and although a very confident person in life when she had to sing in the past, she would be overcome by terrible nerves that left her sweating and making the whole experience so unpleasant that she did not want to do it at all. Cathy was scared of being judged as came from a family where there was very little praise only criticism and of course that little voice in the head ” the subconscious mind keeps that fear forever unless you get rid of it. You can do this in hypnosis by reframing or deleting the memory and introducing new resourceful thoughts in the neural pathways. No one had taught her how to relax as we are talking over 20 years ago way before she became a hypnotist. It makes sense that if you relax the body by slowing the breathing down and using visualization to see the performance going well then it will and this is what hypnosis does. 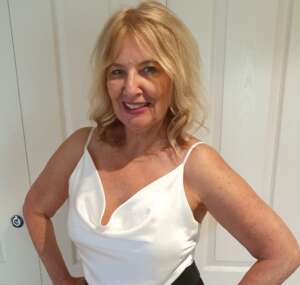